. . . and all through the house everyone was stirring because they were on a sugar high and had so many new toys to play with there was no way they were going to bed!  It's 10pm and my children are on round 7 of Spy Kids 4.  I seriously think we're going to have to replace the DVD before we actually make it home!

Today I've got two lists:
1) 5 signs that it might be time to re-evaluate your holiday traditions AND
2) You might be Santa if . . .


Signs that it might be time to re-evaluate your holiday traditions
1) You decide that it would be a good idea to take three children under the age of 10 to the 11pm Christmas Eve Episcopalian mass.  When you only see 5 cars in the parking lot, you can be guaranteed that there will be no one f*#&ing dumb enough to take children to mass at that time, and therefore, everyone will hear your children coloring their Hello Kitty notepads and fighting over the crayons because you were also dumb enough to think they could share!  We lasted 3 hymns before we decided we had put enough Christ in Christmas and it was time to accept defeat at the hands of 3 Hell raisers.

2) Your Christmas Eve pajamas that were ordered ONLINE came with a security tag on them that you can't remove.  R U f*#(ing kidding me?!  Those things probably fell off the back of a truck and were sold by some guy who has an online business out of his basement that he calls Hot Tropic and we mistook it for Hot Topic!  Shout out to the Nana and Auntie Ju Ju for giving it their best shot.  D@mn Hot Topic for being incompetent and a pain in the @$&! 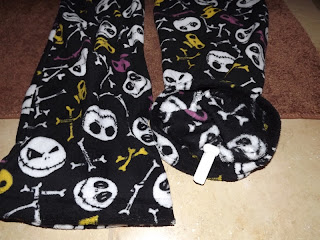 3) You drive 10 hours to what should be a winter wonderland, and instead of being able to put your kids outside the front door to play in the snow you have to drive 15 minutes and park on the side of the road where your husband drives further into the woods than necessary just to be able to test out his 4 wheel drive; and after all that your 5 year old informs you 10 minutes in that she has just pee'd her pants.  Was it inappropriate that I laughed and said "are you sh*ting me?"  I owed her a dollar for cussing and now I have to wash her ski pants that she can't even use to ski!!!  Mother of the year, right here!

4) You have to read The Night before Christmas from an iPad because you forgot to pack the book. 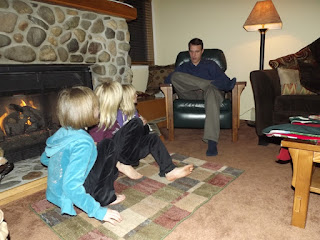 5) You try to make a snowman, but the snow is so sugary that you give up and have a laid back snowman; 10 minutes later you go to the beach and make a sandman.  Sometimes you just gotta go with it! 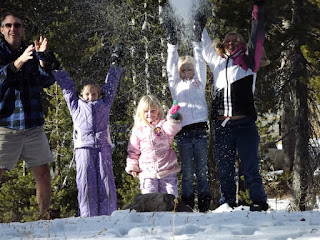 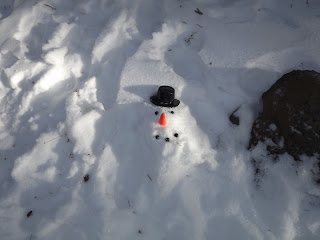 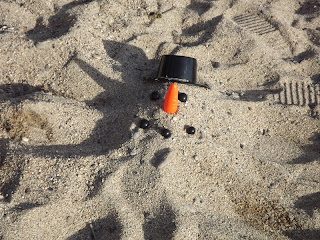 
2) If you've ever taken a nap in the middle of the day on Christmas Day because you were so tired you barely made it through the gift opening . . . you might be Santa.

3) If you've ever had an elf sized person wake you up during that nap because it was urgent that you open BOTH of her new barbie dolls that were wrapped in f*#&ing titanium wrappers and had 17 zip ties holding the Barbies in place . . . you might be Santa.

4) If you've ever realized at 2am on Christmas Eve (or, shall we say Christmas Morning) that you only have a tube of lip balm for your husband's stocking . . . you might be Santa (thank God for the Nana who saved Santa's @$& on that one!)

"Mommy, Santa knew I would be at this party and wrote my name and age on this candy cane because he has elves everywhere."  - The Id, age 5 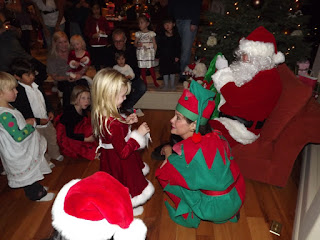 
2) "Stay at home" mom is code for "at the gym, grocery store, dance studio, soccer field, insert child's activity location here, child's classroom, and any of the other 15 places I'm needed other than home".