So, the whole reason we were on the cruise was because my husband’s parents were celebrating their 50th wedding anniversary.  The anniversary actually isn’t until December 30th, but this was our year to be with them at Thanksgiving rather than Christmas, so we celebrated early.
It was such a special milestone to share with my in-laws, so today’s blog post is dedicated to them and all the things we learned while on our cruise.  Such as:
1)      Raspberry mojitos are the way to Grandma’s heart.  My sister-in-law, mother-in-law and I had raspberry mojitos one of the nights for dinner and at every meal thereafter grandma admitted that she had one!  Ok, there was only one lunch after that, but that’s a good thing because I’m certain that if she’d discovered those things sooner we would have never gotten her away from the drink cart!
2)      When you touch the wall of the Panama Canal with your husband because you’ve been told it will ensure your marriage lasts forever, be sure you’re both touching the same wall.  Apparently if you touch different walls your marriage will last forever, just not to each other! 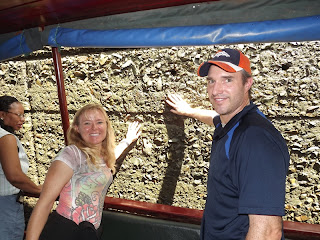 3)      When you arrive with more luggage than your mother and father-in-law as well as sisters-in-law combined, you will be judged for your inability to pack efficiently.  We had THREE TIMES as much luggage as the rest of my husband’s family combined.  When we had to put our bags in the hallway we encroached on all of our neighbors and someone said “what, are you moving?”  Yes, we had 15 suitcases (and yes, most of that was for me and the girls), but in my defense, we had more than double the number of people and I did try to avoid having to wear the same underwear 4 days in a row.  Of course, I probably should have shared this approach with the baby who didn’t seem to change it despite having new underwear accessible to her.
Congratulations to my in-laws who generously shared their wonderful celebration with us! 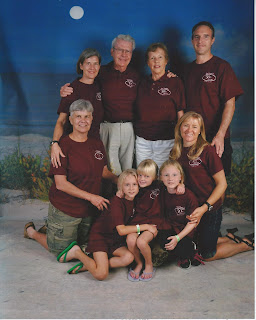 Posted by Recovering Working Mom at 7:41 AM

Email ThisBlogThis!Share to TwitterShare to FacebookShare to Pinterest
Labels: Anniversaries